This story originally appeared on the Loyola History Department’s website in October 2015. It has been modified for the Lakefront Historian and updated to reflect Public History Lab activity since then.

I spoke to Jacobsen about her experience.

END_OF_DOCUMENT_TOKEN_TO_BE_REPLACED

Masters and doctoral graduate students in any field of historical study are invited to submit proposals to present individual research papers at Loyola’s Eleventh Annual History Graduate Student Conference. Panel applications and individual papers focusing on borderlands and transnational studies, urban history, gender history, and public history are especially encouraged. We also welcome papers about history projects in the digital humanities. The goal of this conference is to provide an opportunity for students to gain experience presenting original research projects and to receive feedback from their peers on their work.

Certificates will be awarded to the top three conference presentations.

Individual proposals should include: submitter’s name, contact information, institutional affiliation(s), a one page abstract of the paper (with a title), and a sentence listing up to three…

Loyola University Chicago’s history graduate program is home to dozens of students with a wide range of interests. This spotlight series highlights some of these interests and celebrates the history department’s diverse graduate student community.

This “Student Spotlight” focuses on Pamela Johnson. Pam is in her third (and final!) year of the European History MA program. She received her bachelor’s degree from the University of Central Arkansas in 2006. 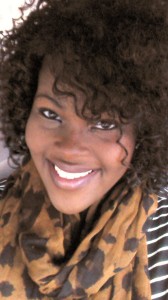 What are your fields of interest?

I study both modern and early modern Europe, with an emphasis on France. I’ve studied the French Revolution, but I’ve found myself more drawn to the Third Republic. I particularly enjoy micro-history, women & gender, race relations, and urban studies. It’s been wonderful having the opportunity to study those different fields in my courses here at Loyola. I feel that it’s given me a well-rounded view of French history.

Why did you choose Loyola?
I chose to apply to Loyola after being accepted into a few other history programs here in Chicago and finding that they were not the right fit for me. After researching the department, I knew I wanted to work with Dr. Suzanne Kaufman, because she’s done work on modern France. Loyola was definitely the best decision for me. END_OF_DOCUMENT_TOKEN_TO_BE_REPLACED

When Public History Lab (PHL) formed, several students decided to undertake a partnership with the Rogers Park/West Ridge Historical Society (RPWRHS). Loyola is located in Chicago’s Rogers Park neighborhood and we knew that the RPWRHS needed assistance in several areas. Our early meetings to define the PHL’s goals and the first few months of our partnership with RPWRHS are topics for future blog posts, but for now I will say that the Society welcomed us. One of the first large projects that we undertook with the RPWRHS was the planning and execution of a strategic planning meeting.

The strategic planning meeting yielded a working strategic plan, complete with projects that the Society’s committees (including PHL student volunteers) began working on to meet the plan’s one-, five-, and ten-year goals. Soon after, three PHL students were invited to join the RPWRHS Board of Directors. The students—me, Katie Macica, and Dan Ott—were elected to the Board in March 2014.