The Chicago Tribune’s sale of Tribune Tower, the media company’s home for 93 years, has prompted reflections on the meaning of the building and its place in Chicago’s cityscape. Editorials have praised the building for its monumental appearance and Gothic inspired facade, as well as its interior lobby.

But Tribune Tower was not always recognized as a paragon of architectural design. Upon its completion in 1925, the Gothic inspired tower, characterized by long, vertical piers and topped with flying buttresses modeled on Rouen Cathedral’s Tour de Buerre, was not universally praised. In fact Louis Sullivan, the Godfather of Chicago architecture, condemned the building’s design, writing that it was “evolved from dying ideas.”[Louis Sullivan, “The Chicago Tribune Competition,” Architectural Record 53 (February 1923): 153]

A deeper look at the story of Tribune Tower reveals the building as we know it today was the result of a hotly disputed design competition; one which would burst open a debate about the the value of “historical” architectural styles and the very nature of modern design.

On June 10, 1922 the Chicago Tribune announced it would be holding an international competition to choose the design of its new headquarters, the outcome of which would produce “the most beautiful office building in the world.”[Chicago Tribune, November 30, 1922.] The awards jury, firmly under the Tribune’s corporate control, ultimately received over 200 entries from architects on three continents. By November 29th, they had reached a consensus. Unanimously, jurors awarded the winning prize to the Gothic inspired skyscraper of New York-based architects John Howells and Raymond Hood.

However, later that day, a late entry arrived that sent the committee into a frenzy of astonishment and indecision.

Telephones and automobiles got into action and the advisory committee of city officials and citizens – who thought on Wednesday of last week that their work was done – hurriedly responded to consider the new entry…The latest arrival…smote them with its message of silent majesty from a distance of fifty feet. [Chicago Tribune, November 30, 1922.]

This late arrival, No. 187, was the entry of Finnish architect Eliel Saarinen.  Saarinen’s modern, minimalist design, characterized by a tapering tower and vertical lines of fenestration, so impacted the jury members that the awards committee was reformed and deliberations began all over again. After three days of round-the-clock deliberations, the jury reached a final decision at midnight on December 2nd. Their verdict was this: Howells and Hood would retain first place, Saarinen received second, and Chicago firm Holabird and Roche received third.

The decision was not without controversy.

END_OF_DOCUMENT_TOKEN_TO_BE_REPLACED

Monuments to problematic figures and historical events are increasingly the focus of issues relating to race and violence in the United States. Chicago’s own monuments to Italo Balbo are at the forefront of such discussions here in the city. The following is an abridged version of a research paper written for Loyola professor Dr. Timothy J Gilfoyle’s Urban History graduate seminar in 2015, meant to give historical context to the monuments, as well as to contextualize current calls to have them removed.

In Chicago’s Grant Park, just east of Soldier Field, stands a single, solitary, classical Roman column. An inscription in English and Italian at the base of the column, badly faded, reveals its surprising origins:

ERECTED ON THE SHORES OF OSTIA

TO SAFEGUARD THE FORTUNES AND VICTORIES

OF THE ROMAN TRIREMES

OF THE ATLANTIC SQUADRON LED BY BALBO

THAT WITH ROMAN DARING FLEW ACROSS THE OCEAN

IN THE ELEVENTH YEAR

OF THE FASCIST ERA

The column, mounted on a travertine base, was presented as a gift to the city of Chicago by Benito Mussolini in commemoration of the Italian Air Force’s 1933 transatlantic flight led by Italo Balbo, Air Marshall of the Aeronautica. Balbo and his squadron of pilots completed the final leg of their record-breaking flight in a spectacular landing in Chicago on the waters of Lake Michigan during the 1933-1934 World’s Fair. The column was unveiled a year later outside of the fair’s Italian Pavilion and has not moved from that spot since.

And the column is not even the only monument to Balbo in Chicago. Two other memorials include Balbo Avenue, formerly 7th Street, which was renamed in Balbo’s honor in 1933, and a plaque on the side of the statue of Columbus in Grant Park, which was presented to Chicago by the Italian community at the Century of Progress World’s Fair.

Chicago Alderman Ed Burke (14th) summed up many Chicagoans feelings when he recently commented to the Sun Times:

“I’m amazed the citizens of Chicago have not demanded that these symbols of fascism – a street and a statue bearing Balbo’s name – donated by Italian dictator Benito Mussolini, a sidekick of Adolf Hitler, be removed decades ago from the city’s landscape…It is now time Chicago does something permanent about this embarrassing anomaly.” [1]

The US was not always vehemently opposed to Mussolini’s brand of fascism. David F. Schmitz has written extensively on why the United States remained friendly towards right-wing dictatorships such as Mussolini’s during the interwar years. He argues that a desire to support order and stability in Europe, as well as anxiety over the Bolshevik threat, led United States policymakers to welcome Mussolini’s rise to power and support his regime in direct contradiction with US ideals. [2]

Historians have also argued that monuments such as Balbo’s remain because, in American memory, the actions of Mussolini’s brutal regime are eclipsed by the atrocities committed by Hitler and the Nazis. [3]

Despite the United State’s tacit support of fascism in the interwar years, Alderman Burke’s campaign to have the monument removed and to rename Balbo Avenue is not the first. Individuals and politicians have periodically challenged the monuments and their place in the city since they were installed more than 80 years ago.

The 1933 flight and dedication were protested by the Italian Socialist Federation and the Italian League for the Rights of Man, who circulated a pamphlet at the fair titled “Who is Balbo?” which described him as a terrorist and murderer. In 1946 residents waged a contentious battle in city council to rename Balbo Avenue after World War II hero John C. Waldron (Waldron did eventually get his own, different street). Opposition again arose during the 50th anniversary celebration of the flight in 1983, and as recently as 2011 a group of academics submitted a petition to Alderman Bob Fioretti to have Balbo Avenue renamed for Enrico Fermi, the Italian physicist who built the first nuclear reactor at the University of Chicago and came to the United States to escape fascism. [4]

The monuments and the discussions they generate about how history should be remembered illustrate a complex process in which public memory is created and reinterpreted through time. The narrative of Balbo’s transatlantic flight and monuments began as a triumphant story of innovation and technology propelling humanity towards a more enlightened future. Today, they are seen as outdated at best and offensive at worst. Following the trajectory of how the flight was memorialized and the arguments that centered around the appropriateness of the monuments shows that public memory is a fluid and dynamic force, continually defining and redefining how individuals and institutions such as cities incorporate memory of historical events into the fabric of their identity.

END_OF_DOCUMENT_TOKEN_TO_BE_REPLACED 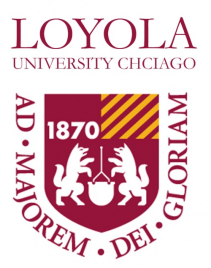 Masters and doctoral graduate students in any field of historical study are invited to submit proposals to present individual research papers at Loyola’s Thirteenth Annual History Graduate Student Conference. Panel applications and individual papers focusing on borderlands or transnational studies, urban history, gender history, and public history are especially encouraged. We also welcome papers about history projects in the digital humanities. The goal of this conference is to provide an opportunity for students to gain experience presenting original research projects and to receive feedback from their peers on their work. Certificates will be awarded to the top three conference presentations.

Individual proposals should include: submitter’s name, contact information, institutional affiliation(s), a one page abstract of the paper (with a title), and a sentence listing up to three historical subjects your paper addresses (e.g. French history, sport history, gender). Please also include a brief biographical statement indicating your academic status along with a return address and current email address. Panel proposals should include the above as well as a brief description of the panel itself. Please note that submissions will be accepted as time and space permit.

Deadline for submissions is Friday, September 2, 2016. Email proposals as an attachment to the HGSA Conference Committee at: HGSA@luc.edu or mail to:

For more information about the conference, visit https://loyolahistoryconference.wordpress.com or our department webpage at http://www.luc.edu/history/graduate/conference_test.shtml

Please contact the HGSA Conference Committee at: HGSA@luc.edu with any further questions.