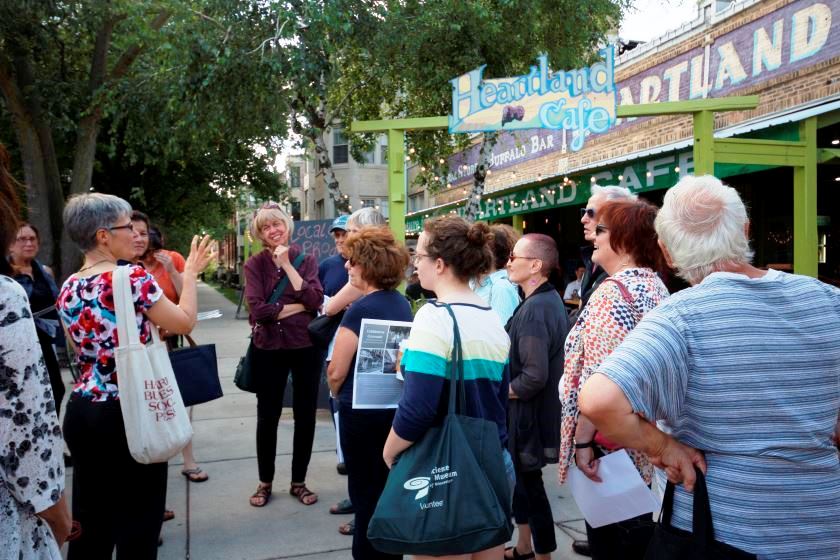 This story originally appeared on the Loyola History Department’s website in October 2015. It has been modified for the Lakefront Historian and updated to reflect Public History Lab activity since then.

I spoke to Jacobsen about her experience.

END_OF_DOCUMENT_TOKEN_TO_BE_REPLACED 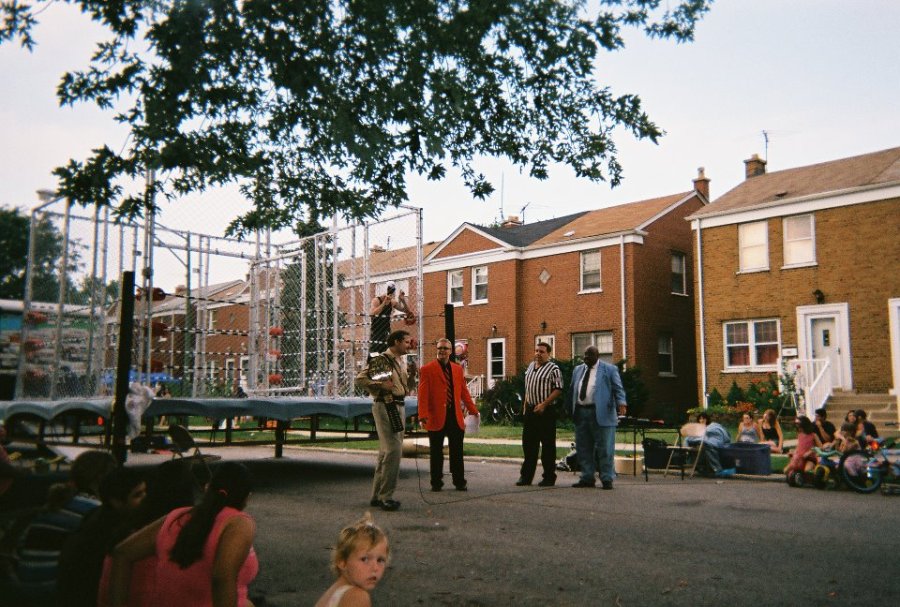 Spanning several years and spawning multiple course projects, the Chrysler Village History Project offers unique insight into the dynamics of a long-term collaboration between a local community, history graduate students, and faculty. The following account presents the evolution of the project to foster continued reflection on the practice of public history inside and outside the classroom.

In early 2013, an energetic young alderman from the Southwest side of Chicago reached out to Loyola professor Dr. Theodore Karamanski with a request to nominate the neighborhood of Chrysler Village to the National Register of Historic Places. Located in the Clearing neighborhood just south of Midway Airport, Chrysler Village was one of the few housing construction projects undertaken in Chicago during World War II. It was strategically located near the Ford-Chrysler plant where workers assembled B-29 “Superfortress” bomber engines. Characterized by winding streets and a centrally-located park, Chrysler Village also represents an important link between prewar planned communities and postwar suburban development. As part of a preservation course led by Dr. Karamanski in the Spring of 2013, fellow Loyola history graduate students and I unearthed the neighborhood’s historical significance through extensive research in the archives and on the ground in Chrysler Village.* We continued to develop the nomination in the months after class until the nomination was officially accepted in early 2014 and Chrysler Village was added to the National Register of Historic Places.

As satisfying as it was to help put Chrysler Village on the National Register, we couldn’t help but ask how the listing could better benefit the community.  At the 2014 Annual Meeting of the National Council on Public History, Kim Connelley Hicks and I joined a roundtable on preservation to discuss how we could build on our nomination to create a sustained, financially soluble, and socially relevant project for a changing community. The roundtable generated a host of great ideas, but as the original core of students moved on in their lives and careers, we needed leaders with a plan to move the project forward.

END_OF_DOCUMENT_TOKEN_TO_BE_REPLACED

When Public History Lab (PHL) formed, several students decided to undertake a partnership with the Rogers Park/West Ridge Historical Society (RPWRHS). Loyola is located in Chicago’s Rogers Park neighborhood and we knew that the RPWRHS needed assistance in several areas. Our early meetings to define the PHL’s goals and the first few months of our partnership with RPWRHS are topics for future blog posts, but for now I will say that the Society welcomed us. One of the first large projects that we undertook with the RPWRHS was the planning and execution of a strategic planning meeting.

The strategic planning meeting yielded a working strategic plan, complete with projects that the Society’s committees (including PHL student volunteers) began working on to meet the plan’s one-, five-, and ten-year goals. Soon after, three PHL students were invited to join the RPWRHS Board of Directors. The students—me, Katie Macica, and Dan Ott—were elected to the Board in March 2014.

END_OF_DOCUMENT_TOKEN_TO_BE_REPLACED

For the 10th Annual Loyola History Graduate Student Conference, the LUC Public History Committee will host a roundtable on “Social Justice, Sustainability and Activism in Public History.” This is a post that introduces a case study on the topic. The Committee welcomes participation both online and at the conference. If you have an example of Social Justice, Sustainability or Activism in Public History, please feel free to mention it as a comment on the blog, or contact the blog editors to request the opportunity to author a guest post. For more information on the Conference and the Roundtable–to be held November 9 at Loyola’s downtown Water Tower Campus – click here.