Conversations at the Newberry Library recently featured “Stranger than Fiction: Tasha Alexander and Susanna Calkins on the Art of Historical Fiction.” The two authors reflected on how their backgrounds as academically-trained historians prepared them for the world of fiction-writing. Alexander and Calkins addressed concerns relevant to writing historical fiction, like heeding the historical mindset of their characters, capturing the tone and rhythm of their characters’ dialogue, and knowing how to use their research effectively to tell captivating, enriching stories.

Maggie McClain, Kelly Schmidt, and Hannah Zuber attended the event. Below are their reactions to the conversation. A full recording of the conversation can be found here. 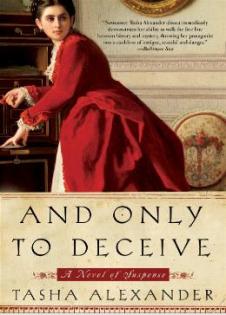 Writing historical fiction. It seems like an exhilarating, daunting, fulfilling process. I personally have never undertaken writing a book, but I’ve always enjoyed reading historical fiction. Really great writers transport you to a different time and place through their mastery of the written word. Composing a great story requires in-depth research and clear, concise writing. Historians are trained to do exactly that, so it is no wonder that some go into the profession of historical fiction writing.

END_OF_DOCUMENT_TOKEN_TO_BE_REPLACED

When I began my internship at the Peoria Riverfront Museum this past May, I had a vague idea of what to expect. I had put together a small panel exhibit at Marquette University, and I had also developed a small exhibit for the Milwaukee County Historical Society. But I had never produced an exhibit that would serve as the main feature of a gallery. The Gypsy Coeds Ride the Silver Streak will occupy 2,000 square feet at the Peoria Riverfront Museum beginning this Friday, October 16, to January 17, 2016. Sifting through research materials and finding objects to feature in the exhibit was a rewarding and challenging process, and after fifteen weeks I feel like I learned more about the exhibit development process and how a small museum operates.

Twenty young women from Bradford, Illinois, traveled the country in a silver 1926 Ford Model T over eight summers in the 1930s and 1940s. They called themselves the Gypsy Coeds, and they dubbed their old “flivver” the Silver Streak. Wherever they went—Canada, New York, Atlanta, or California—they drew a crowd. Everyone wondered how these girls could travel across the country without a proper chaperone. The crowds were also astonished that the ancient “tin Lizzie” still ran! After all, by the last trip the car was sixteen years old. But the girls trusted the old Ford, and their story struck a chord with townsfolk and celebrities across North America.

I started work on the exhibit in the middle of May, and Kristan McKinsey, my supervisor and curator of the museum, already had a wealth of information for me to process. McKinsey had heard about the Gypsy Coeds from a museum member and had contacted John Butte, the owner of the Silver Streak. Butte had already begun extensive research on the Gypsy Coeds and the Silver Streak in preparation for writing a book about the trips. He had also developed a website about the girls and the car. Butte shared many of the objects he had at his disposal; his mother was a Gypsy Coed, and she collected many souvenirs on her trip in 1939. I had many resources at my disposal, and I was confident that I could put together a fun and educational exhibit.

McKinsey suggested that I begin by brainstorming ideas of what I wanted the exhibit to have in it; how would I convey this remarkable story? My interest in oral history led me to think of incorporating that element some how. McKinsey had also informed me that the museum had an interactive touch-screen, and she wanted to use it to trace the routes of some of the Gypsy Coeds’ more significant trips. But I also incorporated more traditional exhibit elements: labels, objects, and photographs. After discussing my ideas with McKinsey, she suggested creating a project timeline. After creating the timeline, I dove into the research.